Lehigh Valley United is proud to announce that two of our talented Alumni have been recognized with great honors for their scholastic soccer achievements this year. Both Mark Forrest (LVU '96) and Colby Thomas (LVU '95) were recognized as “All Americans” at the United Soccer Coaches Association Convention All American Luncheon in Philadelphia, PA. LVU is extremely proud of the accomplishments of these and of all our players, and look forward to Mark and Colby's continued success both on and off the field. 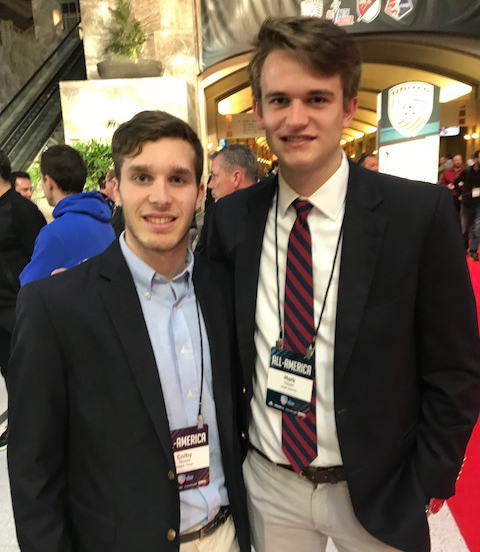 Colby is a Senior education major at Messiah College, pursuing dual certification in elementary education and special education.  He was honored with United Soccer Coaches NCAA Div 3 All – American 3rd Team Selection. Colby’s 9 goals and 12 assists helped Messiah to their 11th D lll National Championship in 2017.  He lead the team with 12 assists, as well as 7 game winning goals. His 3.6 GPA earned him academic honors during the season.  Additional honors that Colby received in the season were All MAC, and All Region. In Colby’s career at LVU he competed in 4 USYSA National Tournament berths and was a 2012 National Finalists.